Figure 1. Schematic of the component model

A generic powertrain configuration comprises the engine, flywheel, clutch, transmission, differential, half shafts, and tires. The drivetrain is equipped with a clutch torsional damper and a solid flywheel. Although the engine-flywheel assembly (inertia J1) has not been considered in the model (in order to reduce the total number of DOF and thus, complexity), the drivetrain is powered by the torque transferred at the end of the engine-flywheel assembly, which constitutes the main input excitation. The resisting torque is modelled as a function of aerodynamic and tire resistance. The input excitation torque is a function of the flywheel position and velocity. Experimental data obtained from a vehicle equipped with a conventional powertrain system were used to validate the above numerical model. The angular rotations of the shafts were measured using sensors at the flywheel and the transmission input shaft for the vehicle operating at partial engine throttle (the engine was swept through the whole operating speed at 25% throttle conditions). Continuous Wavelet Transform (CWT) was used for the analysis of the experimental, non-stationary angular velocities using AutoSignal commercial software. The time domain and frequency domain snapshots show very good correlation between the simulated and experimental responses for both the component model and system model. 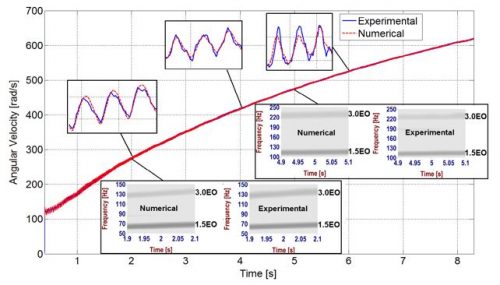 Figure 3. CWT analysis of the component model a) numerical response b) experimental response 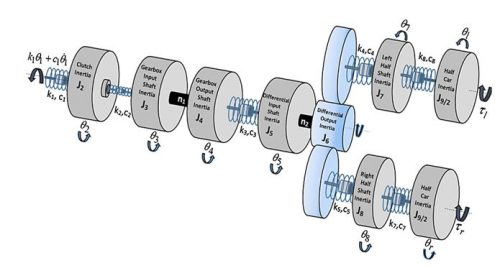 Figure 4. Schematic of the system model

Figure 5. Validation of the system model against experimental response